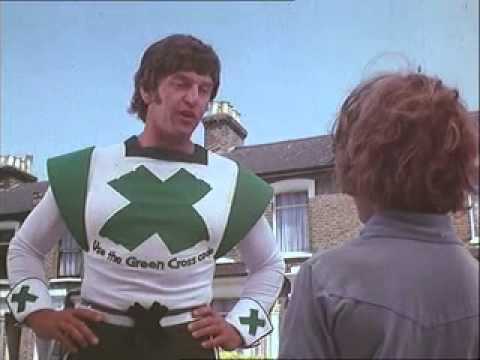 Being a child of the sixties I remember him well. The Green Cross Code Man appeared to British children in the late 70s when road safety was a popular topic. With a uniform consisting of a tight white hero suit, with a green cross and large Gary Glitter-esque shoulder pads, the The Green Cross Code man was played by Bristol born David Prowse, who also later appeared as Darth Vader in the Star Wars movies.

Changes to the Highway Code